Chairman of the
Board of Governors

Dr John Vassallo
Chairman of the Board of Governors

The Auberge de Bavière houses the main offices of the Lands Authority, including the Director General’s Office, the Finance & Administration Directorate, The Estate Management Directorate, the Land Directorate and the Joint Office Directorate.

History of the Palace 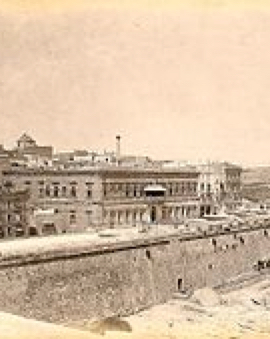 This Palace was built in 1696 by Fra Gaspare Carniero, Bali of Acre, on the site of an old lime-kiln leased to the Balifor the “term of two lives”. At the end of this term the Treasury was to receive twenty-one scudi per annum corresponding to the rent of the previously existing building. The remaining balance was to go towards the acquisition of bronze guns for the defence of the fortress, or for the galleys, or towards the purchase of a gift “gioia” for the Conventual Church-St John’sCo-Cathedral. 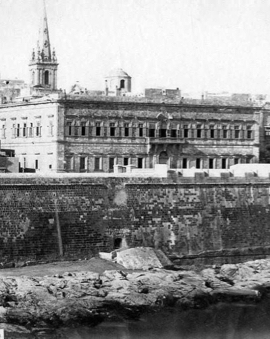 Between the 13th September 1702 and the 13th April 1719, the Palace was let jointly to Fra Ottavio Zondadari, nephew of Pope Alexander VII. Zondadari was elevated to Grand Master in 1720, and according to tradition, the Palace continued to be his residence up to the time of his death.

In 1725 Pope Benedict XIII presented Grand Master Antonio de Vilhena with the “Stoc and Piliet”- (Sword and Hat), a signal conferred by the Pope to Heads of State. As it was the first time that this honour was given to a Grand Master, the news was received with great jubilation in Malta and the event celebrated with due ceremony. The Papal Legate,Mons. Giovanni Francesco Abbate Olivieri arrived in Malta from Leghornon April 19th on board a French vessel, and was conducted with due pomp to the Palazzo Carniero, which had been magnificently furnished to accommodate this distinguished visitor.

In 1824, the building was handed to the British Military Authorities who returned it to the Civil Government after self-government was granted to the Island of Malta in 1921.

Despite suffering damages during the Second World War, these were only minor ones and the Palace is still in its original state. It has been used as a school and more recently has housed various government departments. The Lands Authority has used the Auberge as its corporate base since the inception of the Department in 1997. The former Land Directorate had been housed at the Auberge since 1979. 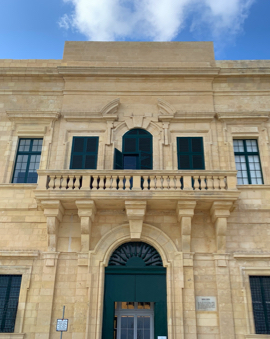 In 2001 an extensive Auberge de Bavière Rehabilitation Project was initiated to make the building more suitable for the functional needs of the Lands Authority. This project was undertaken under the guidance of the Restoration Unit of the Works Division and aims to conserve the historical nature of the building.

In order to strengthen our results, we rely on the strengths of our current and future employees.

Do you think you have what it takes? Have a look at our current vacancies.

Land allocated to an
NGO that is saving
horses from slaughter

For the first time ever, the non-governmental organization RMJ’s Horse Rescue opened its doors to the public in March. The Lands Authority allocated lands to this NGO, that is now…

When reporting a case, will my identity be divulged to the person whom I am reporting?